Advertisement
By Josephine Christopher
More by this Author

Chato. President Magufuli has today praised ACT-Wazalendo’s Chairman  Maalim Seif for joining the Government of National Unity (GNU) which was formed by President Hussein Mwinyi after the October 28 General Election, saying it will help accelerate development.

President Magufuli was speaking on Thursday in his home town of Chato where the President of Zanzibar Hussein Mwinyi and his First vice Hamad paid him a courtesy call.

“It was a heroic decision. His decision had all the blessing and guidance of God, because there are many countries in the world that have failed to move forward because of conflicts, “said President Magufuli.

Maalim and his opposition party ACT-Wazalendo agreed to take part in the formation of the GNU, to end weeks of a stalemate following the disputed election results of the 2020 polls.

During that time ACT-Wazalendo faced a tough decision whether to accept the position after securing 19.87 per cent of the votes while Dr Mwinyi secured 76.27 percent. 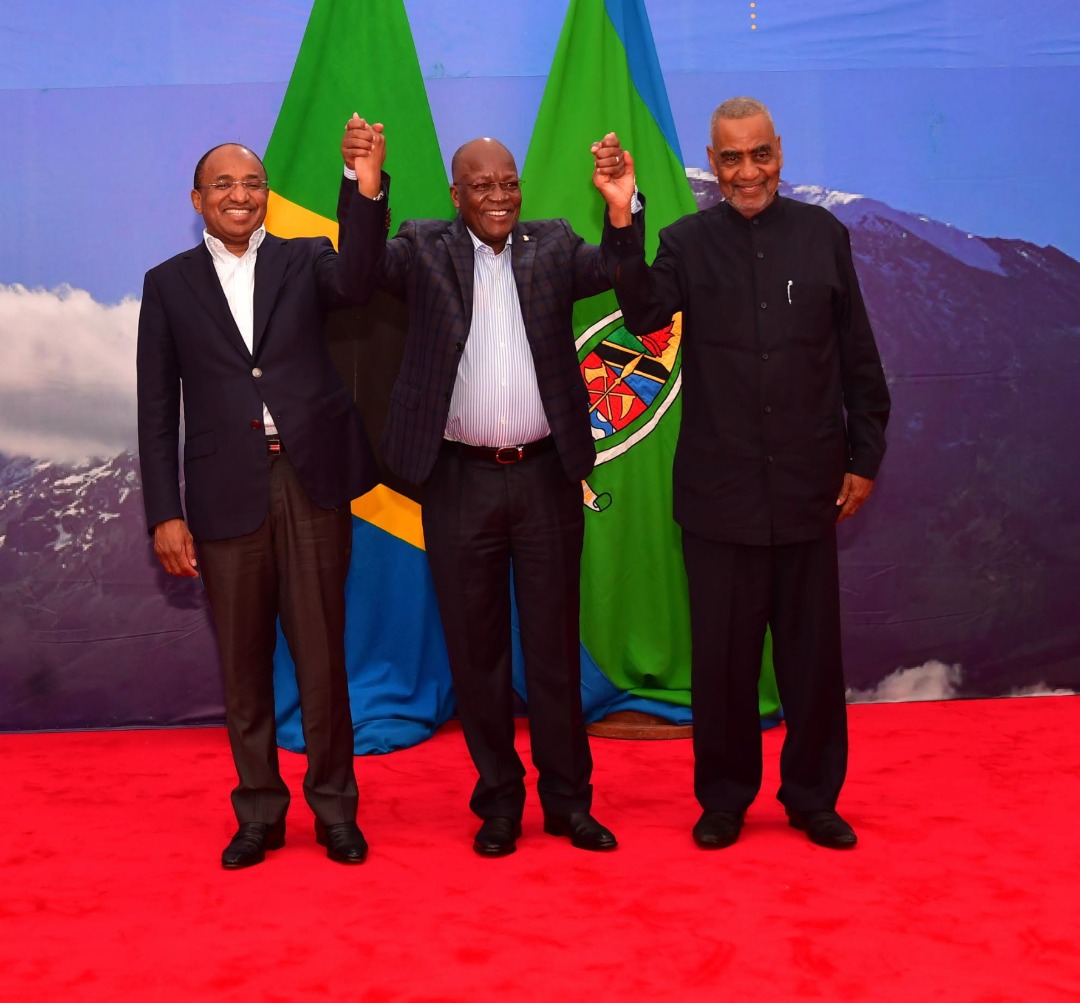 During his visit in Chato and meeting with the President, Maalim was able to discuss matters of national unity and development with Magufuli who pledged to provide full support in the quest of bringing development to Zanzibar and Tanzania as a whole.

Magufuli said, “Today we have discussed many issues including ongoing state projects and how we can bring out national unity. Maalim was able to visit the 3.2 kilometers Kigongo-Busisi Bridge and later they will visit a major regional fish market,”

Magufuli also applauded Zanzibar’s new President Mwinyi for the changes that he has done during the first days of his reign and for his efforts to promote unity.

“President Mwinyi who is originally from Unguja chose Hemed Suleiman Abdalla from Pemba, as his second Vice President and Maalimu Seif who is also from Pemba as his first Vice President. You should all work together to bring unity in Zanzibar,” he added.

According to Magufuli, there are some people who wanted to see the unrest in Zanzibar persist but the decision to form the government of national unity has put their evil intentions to shame.