Advertisement
By Elias Msuya
More by this Author

Dar es Salaam. Natural Resources and Tourism ministry’s deputy permanent secretary Allan Kijazi says his ministry was making a follow-up on a man arrested in Austria for smuggling 74 live chameleons from Tanzania so that the animals would be brought back to Tanzania.

Dr Kijazi also said his ministry was making an investigation into how the man, whose identity is yet to be revealed, managed to smuggle the animals through Tanzania’s airports or borders without being arrested.

The arrest of the smuggler of the chameleons was reported yesterday by The Telegraph newspaper of the UK, which quoted information from the Austrian government about his arrest. Speaking to The Citizen over the phone yesterday, Dr Kijazi said, “Already we have that information and we have already communicated with the Interpol (International Police) to make a follow-up on the matter.

“We want all those involved in the smuggling of animals to be extradited to Tanzania and face legal action and the chameleons brought back as well. So, the Interpol are working on the matter,” said Dr Kijazi.

When asked how the man managed to smuggle the animals from Tanzania without being caught, Dr Kijazi replied that there must have been sort of a racket at play. 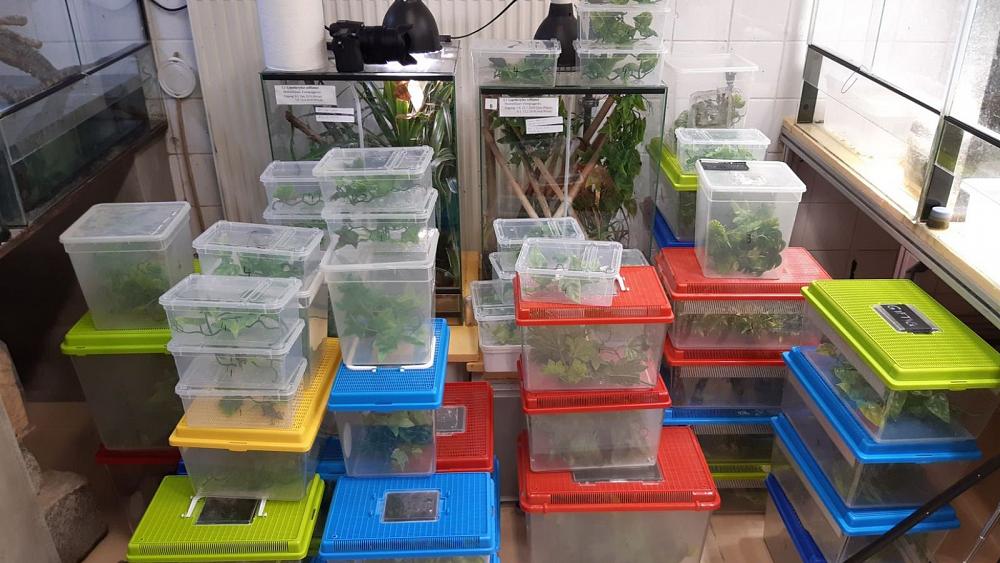 “This may have involved not only some of our staff at the Natural Resources ministry, but also some from TRA (Tanzania Revenue Authority) and a few others handling the airports as they are responsible for ensuring that all the procedures of air transporting animals are followed.

“So, it appears that there was a dirt game at play. The relevant organs have already launched investigations into the matter after getting information about routes the smugglers passed through and into whether there were some people they cooperated with to facilitate that dirty game,” said Dr Kijazi.

He added that once the culprits were caught, then all the network that facilitated the smuggling would be known and legal action taken against them.

According to The Telegraph, the arrested man is estimated to be aged 56 and was arrested by customs officials at Vienna Airport in Austria.

It said, “The authorities in Austria say they have arrested a man at Vienna Airport smuggling 74 live chameleons from Tanzania.”

The newspaper further reported that the man, upon his arrest by the customs officials, had been discovered to have hidden the creatures in socks and used ice-cream boxes at the airport.

“He travelled to Austria from Tanzania through Ethiopia,” reported the UK-based newspaper.

It further reported that the chameleons were to be taken to the Schoenbrunn animal zoo, but three of them had died.

“All the creatures, estimated to be aged one-week and above, were taken from the Usambara Mountains in Tanzania,” The Telegraph reported.

According to the newspaper, at racketeering prices the creatures would have been sold at between euros 37,000 and pounds 32,860, equivalent to Sh104.12 million.

“The man who has smuggled the animals has been ordered to pay euro 6,000 as a fine [which is equivalent to Sh16.88 million],” reported The Telegraph as it quoted information from Austria’s Finance Ministry.

What next for Tanzania maize after Kenya ban?

The government yesterday said it hasn’t received official communication from Kenya on the decision to ban maize importation to the East African...

Australian activist Zara Kay, who was being investigated in Tanzania over immigration issues, arrived in Australia with the immigration...

Role of women in extractive sector