Advertisement
By Evagrey Vitalis
More by this Author

Vandenbroeck has joined Far Rabat just 24 hours after enabling Simba to qualify to the groups stage of the African Champions League.

Simba have advanced to the groups stage of the prestigious tournament after thrashing FC Platnum of Zanbabwe 4-0 in the return leg match held on January 6 at the Benjamin Mkapa Stadium in Dar es Salaam. 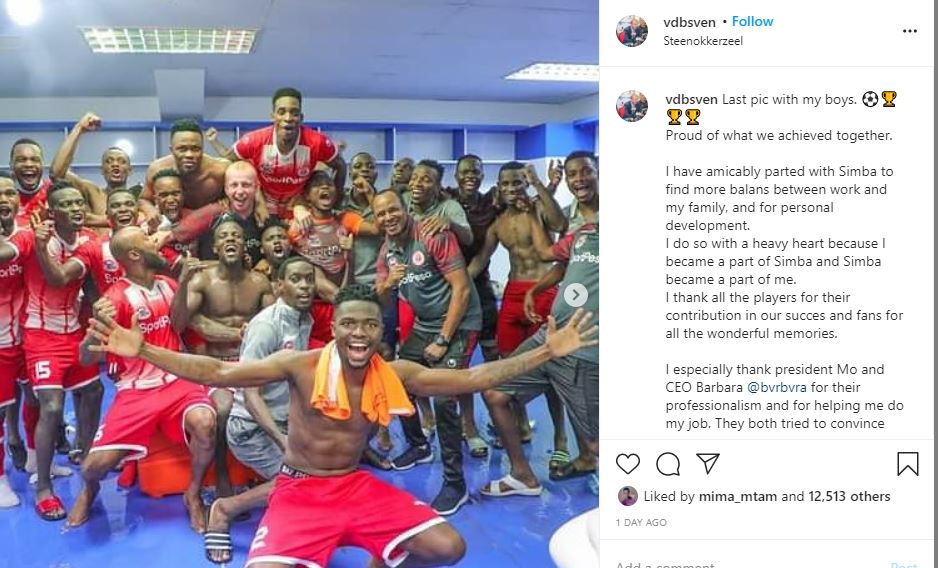 Reports from within Simba said that the mainland champions had decided to part ways with coach Vandenbroeck after reaching a mutual agreement and they wished him all the best for wherever he would go.

However, other reports claimed that the coach decided to leave the club because he wanted to be closer to his family.

Vandenbroeck joined the Simba squad in December 2019 and led the club to win the mainland Vodacom Premier League title for the 2019/2020 season, the Confederation Cup (ASFC) and the Community Shield.

Prior to joining Simba, Vandenbroeck was training the Zambian national team. According to Maghrib Foot, coach Vandenbroeck has joined ASFAR Rabat in place of Abderrahim Talib, who has left the team.

In Morocco, he joins a team that has won 29 Premier League titles and was the first Moroccan club to win a continental title - the Champions League in 1985.

Six arraigned over theft of 164 million litres of fuel

Six people including one Amri Mzee (45) have been arraigned at the Kisutu Resident Magistrate's Court, facing four charges, including theft of...

What next for Tanzania after tanzanite crash?

Why the petty traders issue can’t be ignored