Advertisement
By The Citizen Reporter
More by this Author

Cairo. Tanzanian champions Simba SC have on Friday January 8 drawn Egyptian power house Al-Ahly in Group A of the Confederation of Africa Champions’ League group stage at a draw that was held in Cairo.

This is the second time that the Msimbazi side has drawn the Egyptians after the two sides were drawn in the same group in the 2018- 2019 Champions’ league group stage. 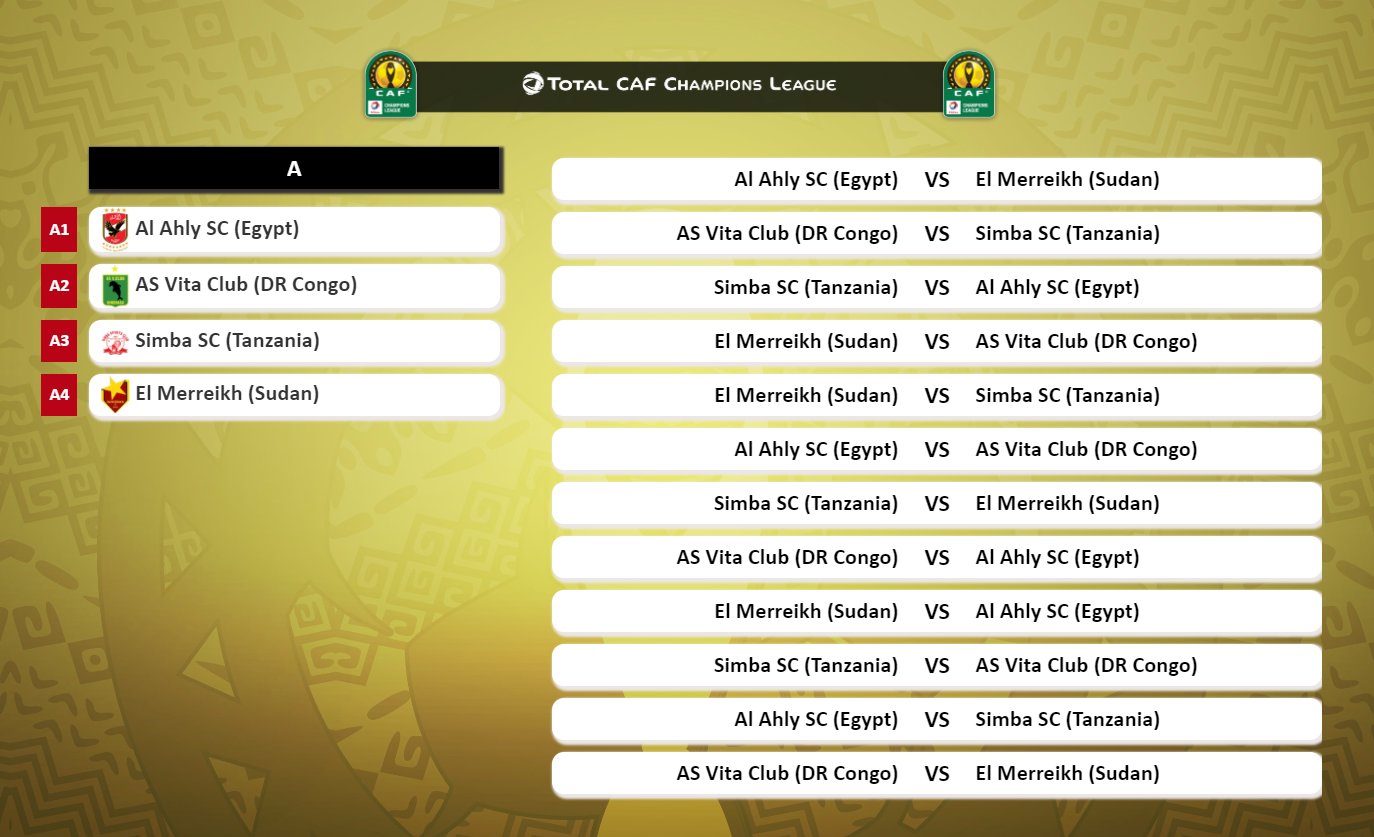 A fixture of group A. Photo| Caf Online

During the 2018-2019 edition Simba was a 5-0 defeat at the hands of Al –Ahly in Cairo only for the Msimbazi side to redeem themselves with a win courtesy of a solitary goal by Meddie Kagere at the Benjamin Mkapa Stadium.

AS vita will look to avenge their elimination two years ago by Simba in the dying minutes of the game after they lost 2-1 for Simba and Al-Ahly to qualify for the quarter finals.

President John Magufuli has congratulated his Ugandan counterpart Yoweri Museveni following his win in the just concluded polls which he won by...

All the 338 tourists who were accommodated at the Ocean Paradise Resort and Spa and Tui Blue hotels in Zanzibar were rescued to safety after fire...

Tanzanian rapper CPWAA of the Parklane fame has died