Advertisement
By AFP
More by this Author

As thousands of revellers grooved to the sounds of Uganda's sold-out Nyege Nyege music festival on the banks of the Nile, relieved organisers said an attempted "immorality" ban had only served to boost sales.

A public outcry forced Ugandan authorities to reverse the ban -- imposed over claims that the four-day extravaganza promoted sex, homosexuality and drug use -- but not before news of the prohibition made international headlines.

Some of the partygoers attending the festival, which brings together artists from across Africa, told AFP they had only heard about the event that ends on Sunday thanks to the ban announced earlier this month.

"I learnt about the festival when the government of Uganda banned it on claims it was promoting immorality", British engineer David Kempson told AFP.

The 31-year-old Londoner had never been to Africa but the news prompted him to book a flight and make his way to Uganda's scenic Itanda Falls, where he joined 12,000 revellers -- including 5,000 foreign tourists.

"It is my first time in Africa. I didn't expect this much, the huge fan presence, the greenery, the waterfalls and hospitality," he said.

Then too the ban failed to hold, following a social media outcry.

But this time, the prohibition proved to be an inadvertent publicity bonanza for the festival, organisers said.

"We are headed for a much bigger number (that) we never anticipated," the event's co-founder Arlen Dilsizian told AFP, referring to ticket sales.

The ban "increased vigour and interest in the festival", drawing visitors from the United States, China, Europe and the Middle East, he said.

The festival, which moved to a new, larger outdoor venue this year, began in 2015 but had been on a pandemic-induced hiatus since 2020.

Nyege Nyege means an irresistible urge to dance in the local Luganda language, but it can have a sexual connotation in other languages in the region. 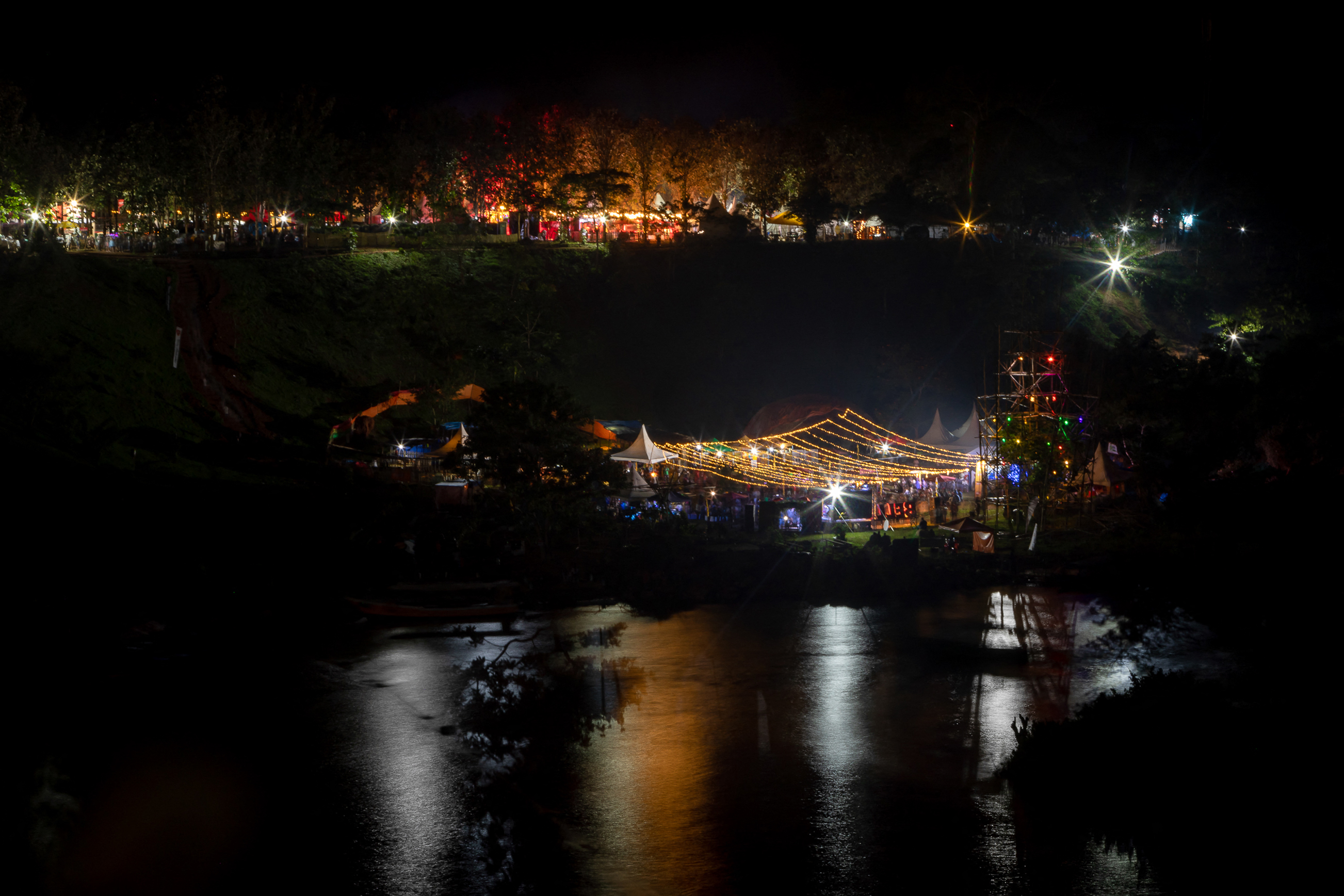 This photograph taken on September 16, 2022, shows a view of the Ugandan Nyege Nyege festival and its lights from the stage reflecting in river Nile at the Itanda Falls on the second day of Nyege Nyege festival, the annual four-day international music festival, in Jinja, Uganda. PHOTO/AFP

Despite the presence of a police van outfitted with sensor cameras and remote-controlled drones, fans were unperturbed, determined to savour the buzz and the chance to see celebrated musicians such as 80-year old Cameroonian Eko Roosevelt.

"When I come for Nyege Nyege, I become free, I meet people from all over Africa and beyond, we laugh and dance, stress goes away," Pamela Nyinabangi, a 27-year-old beauty salon owner from the capital Kampala, told AFP.

Another attendee, Kenyan businessman Isaac Odwor, told AFP the festival was "the only event where African music is given prominence and we get to interact with the musicians and artists."

This year's performance is taking place against the backdrop of an economic crisis as the prices of key commodities from fuel to food rise in the wake of the war in Ukraine.

From street food hawkers to makers of handmade jewelry, many Ugandans hoped the festival would lift their fortunes as tourists thronged the premises, listening to music, taking a dip in the Nile or going white water rafting.

After holding Nyege Nyege's first international edition in Paris earlier this year, organisers plan to take it to Cameroon next year.

"It is one of a kind festival," British visitor Tom Uragallo told AFP.

"You can go for a swim in the Nile in the morning and then dance the night away till the early hours."

Bagamoyo Port construction to start in 2023

Tanzania is set to start construction of the Bagamoyo Port in the next financial year.

The government yesterday tabled the Universal Health Insurance (UHI) Bill 2022 in Parliament providing compulsory conditions for people to have...

Tanzania's investment bill to open up the economy

Fraud hatched by Kenyan nurse, refined by his wife