Advertisement
By AFP
More by this Author

Both legs in the elite African club competition finished 0-0 and Teungueth won 3-1 on penalties in Casablanca to become the first qualifiers for the group phase from Senegal in 17 years.

Kaizer Chiefs of South Africa reached the mini-league stage for the first time thanks to a 1-0 away win over Primeiro Agosto of Angola with Colombian Leonardo Castro the match-winner.

Here, AFP Sport presents five talking points from the final qualifiers ahead of the group stage, where the 16 title challengers are guaranteed at least $550,000 (450,000 euros) each in prize money.

No one saw the elimination of 1989, 1997 and 1999 champions Raja coming given their African pedigree and good domestic form.

They reached the semi-finals last season before a coronavirus outbreak at the club contributed to home and away defeats by eventual runners-up Zamalek of Egypt.

Raja have won four times and drawn once since the Moroccan championship -- one of the three strongest in Africa -- kicked off and after holding Teungueth in Senegal a comfortable home win seemed on the cards.

Kaizer Chiefs officials have long boasted that they are among the top clubs in Africa, but five failed attempts to reach the Champions League group stage gave lie to that claim.

So, there was relief as well as joy at the Soweto club when they edged 2018 semi-finalists Primeiro in Luanda after a goalless first leg.

Chiefs have won only four of 15 matches in all competitions this season, but two of those were significant away successes over OWD Endamebae of Cameroon and Primeiro in the Champions League.

There will be no Nigerian club in the groups draw Friday after a hoped-for second leg comeback by Enyimba against Al Merrikh of Sudan floundered after only seven minutes in southeastern town Aba.

Seifeldin Malik, who scored all the goals when Merrikh triumphed 3-0 at home, netted again, leaving the Peoples Elephant needing at least five goals to survive.

Enyimba recovered to win 2-1 thanks to a Victor Mbaoma brace, but it was not nearly enough to avoid joining compatriots and preliminary round losers Plateau United on the Champions League scrapheap. 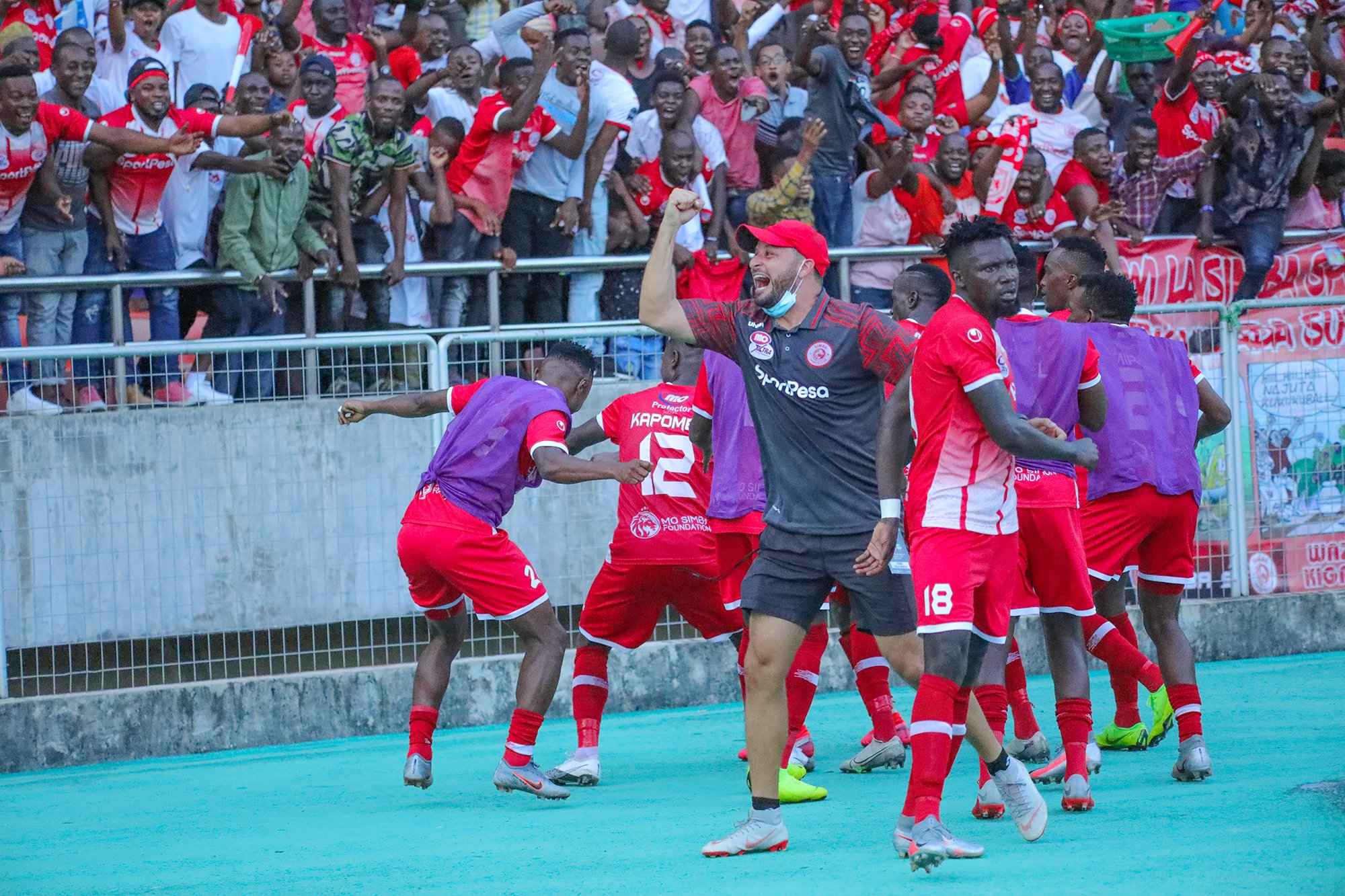 A 4-0 scoreline in favour of Simba of Tanzania over Platinum of Zimbabwe in Dar es Salaam suggests a one-sided encounter, but nothing could be further from the truth.

With one minute remaining, Simba were two goals ahead on the night but Platinum were one goal away from winning the tie on away goals.

Then, Tanzanian John Bocco and Zambian Clatous Chama, from a penalty, netted within 60 seconds to complete a 4-1 aggregate success.

Four-time African champions Esperance of Tunisia were four minutes away from a shock elimination by Al Ahly Benghazi of Libya when Alaeddine Marzouki scored to snatch a 3-2 win on the night and on aggregate.

Esperance twice led only for Benghazi to hit back each time, with Abdallah Alshaafi converting a 76th-minute penalty to draw the clubs level at 2-2 and nudge the Libyans ahead on away goals.

Like all Libyan clubs competing in Africa, Ahly were handicapped by not being able to play at home due to a violent struggle for political power since the 2011 fall of dictator Moamer Kadhafi.

Tanzanian rapper CPWAA of the Parklane fame has died

Tanzanian artiste Ilunga Khalifa aka CPwaa was pronounced dead in the early hours of Sunday January 17 at Muhimbili National Hospital (MNH) where...

Ocean Paradise and Tui Blue, five-star hotels located in Zanzibar have been ravaged by fire that broke out in the wee hours of Saturday, December...